What Is Zombie Debt?

Many Americans have the burden of carrying different types of debts for long periods of time. Between student loan debts, mortgages, medical debts, credit card debt, and more, it is easy to lose track of money owed in some cases. To learn more about managing and disputing owed debts, please reach out to a Florida debt attorney from Sharmin & Sharmin today. 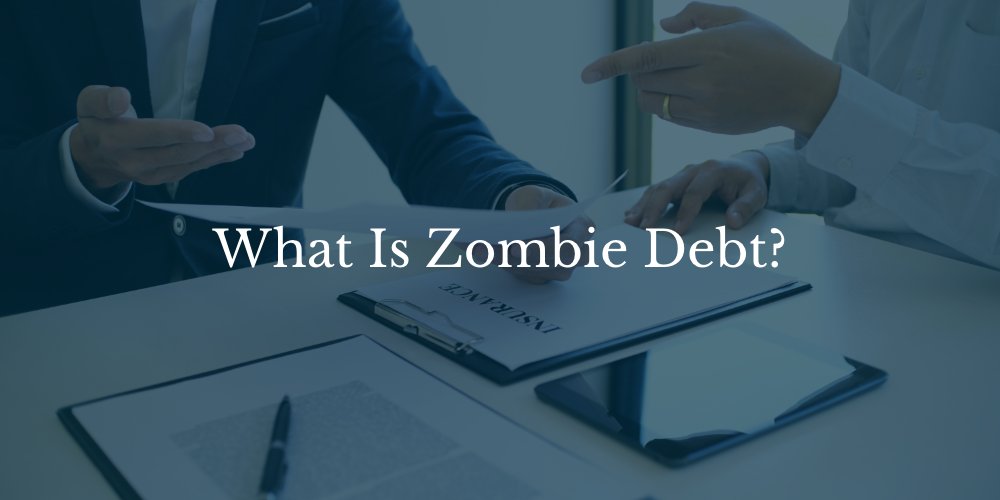 “Zombie debts” refer to debts someone thought to have previously been forgiven, dead, or otherwise forgotten about but, in reality, still exist. Some people fall victim to the misconception that debts are written off by a creditor, meaning they no longer need to be paid back. Despite common misconceptions and myths floating around in common conversation, debts do not simply “fall off” and can follow someone around for a very long time.

However, the question of if a debt collector or creditor can collect a zombie debt legally is still up in the air. It is important to know information regarding your debts to be able to determine the answer to this question. In the State of Florida, the statute of limitations begins when default on a debt is triggered.

Statutes of Limitations and the Legality of Zombie Debt Collection

Statutes of limitations are important because they determine the length of time a creditor or debt collection agency has to collect a debt from someone. Should the statute of limitations be passed and the creditor attempts to use the judicial systems as means of collecting the debt, they may be violating consumer law. In any case, they may still legally attempt to collect the debt owed to them outside of the court system.

The statute of limitations is key to determining the legality of the means through which debt is collected. This means that keeping track of your debts in a journal or on a spreadsheet can be a worthwhile practice. Creditors, for example, are known to get certain elements of debts wrong, such as tradelines, to hurt those they have loaned money to and gain the upper hand. Knowing the date your debt was issued, dates of payment, how much is owed, etc. will be valuable information – especially when addressing the collection of zombie debts down the line.

Keeping records has other advantages as well. One such example is in the case that your debt has changed ownership or an entity has told you the debt has been forgiven for one reason or another. Keeping these letters and communications could help you resolve debt disputes with a lawyer at a later point in time.

While debts continue to plague Americans for extended periods of time on end, they do not have to address these hardships alone. Sharmin & Sharmin P.A. is a Florida-based law firm that has been helping members of our community with their financial struggles for decades. Reach out to a Florida debt attorney from our firm today at 1-844-Sharmin to learn more about how we can help you with zombie debts and illegal debt collection practices.

Do you have a case?